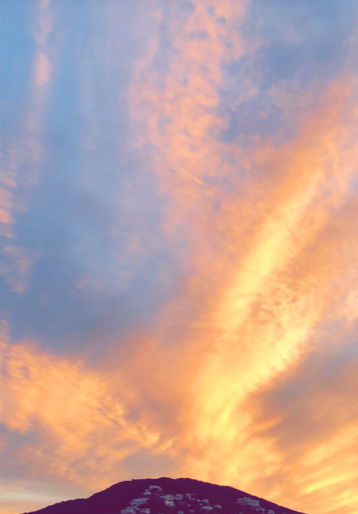 Who can deny the favors of your Lord? Qur’an: Surah Al-Rahman

Insomnia rarely affects me, but I’d worked at an outdoor summer market, napped, and then drank too much coffee in the evening. Catching up on news regarding the over 11,400 children separated from their parents and guardians by government and accomplice profiteers, I just could not stop ruminating grief.

Adding to and compounding lament, members of my social media community are split over if engaging in dialogue and seeking to understand opponents’ resolve regarding the occupation of Palestine is conducive to peace or just succumbing to their propaganda. I recall that once when reading an English translation of the Torah, I concluded that it is understandable that opponents’ motivations could seem justified if only based on the belief that the tome was legitimate and not altered. Therein lies what may be one significant factor in the conflict.

Are the scriptures authentic and uncorrupted or not? Because if each side contends that their scripture is divinely inspired, and yet they conflict, someone bears the onerous guilt of causing generations of huge suffering.

Lately, I’ve been making analogies between our corrupt, unrepentant, arrogant, cruel, and chronically adulterous political leadership and ancient Egypt’s Pharaoh, who was abased by God. I pray for those suffering the scourge to be relieved and given justice.

Yesterday, at the market where a Latino family was perusing our wares, a cute, little two-year-old wearing Minnie Mouse ears, peered at me and waved bye-bye. She was scrumptiously adorable, so of course I reciprocated with a gentle twinkle in my eye, secret-like smile, and baby waved back. She melted me.

As I’d read and saw videos about the abducted immigrant children, heard their cries and pathetic wailing, glimpsed at toddlers’ images behind tinted glass, and read about some being possibly trafficked, I thought about who could condone and fuel such horrible acts? Have we, as a nation, lost our hearts? How could I sleep?

At the end of Ramadan Eid al-Fitr prayer recently, the imam reminded the congregation, “If you sleep in your home tonight feeling safe and secure, you are among the lucky few in the world.” He was so right.

And yet, when all seems hopeless, I look for what may be the Creator’s plan. Perhaps it is for good people of faith or no faith to recognize the need to see ourselves not as different, but unified. Even those Muslims who are dividing over the willingness to dialogue with those associated with the prosecution of the Palestinian people are maybe following the right course.

For as long as people perceive each other as less than equal humans, we can “other” the other and deny them respect or even consideration. We will remain divided and not see the reality that we are all humans sharing our destiny on earth.

It was narrated that al-Nu’man ibn Basheer said: The Messenger of Allah said: “The likeness of the believers in their mutual love, mercy, and compassion is that of the body; when one part of it is in pain, the rest of the body joins it in restlessness and fever.” This hadith was verified by both scholars, al-Bukhari and Muslim.

There are members of humanity able to correct those living in poverty, political instability, and in unsafe environments that are NOT doing what they can to alleviate the suffering of other souls. This too will be a testimony against them, and we will remember.

Food bridges diverse cultures effectively, and it forged bonding at the International Halal Food Conference, hosted by the Islamic Food and Nutrition Council of America (IFANCA) April 6-8 at the Hyatt Regency Hotel in Rosemont, Illinois. The event brought a multinational array of corporations; among them were Abbott Nutrition; The Coca-Cola Company; Amway-Nutrilite division; Wrigley-subsidiary of Mars; PepsiCo; Cargill; American Halal Company; Organic Valley; McDonald’s Corporation, and others  lesser known to the public but that have products used by other companies in their formulations.

The theme of Unity was iterated by several presenters who acknowledged that the former stance of protectionism and competition needs to be cast away in exchange for transparency, mutual support and cooperation. Attending the IFANCA conference were other Halal certifying agencies, and ISNA’s Ahmed El-Hattab called for a unification of Standards and formation of an ISNA Accreditation Board.

IFANCA’s founder and president, Dr. M. Munir Chaudry, stated the objectives of the gathering included import/export requirements; introducing Halal entrepreneurship opportunities; presentations on animal welfare; and advice of food safety and security. Naming brands of their certified products, Cabot Cheese; Baskin Robbins; and Tom’s of Maine, he expressed that although there are 8 million Muslims in the U.S. and 1 million in Canada they are not visible, even though they represent $18 billion in purchasing power.

The National Association for the Specialty Food Trade, Inc. (NASFT) president, Ann Daw, noted in the video that “Halal should be a mainstream concept.” Durrani explained that “70% of our [Saffron Road] customers are not even Muslim.” He has consistently presented Halal as an aspect of Ethical Consumerism, and further explains “It’s about how we conduct our business…how we conduct ourselves in the world.”

Of the $8-9 billion in Kosher food sales, nearly $3.5 is bought by Muslims, and in Whole Foods supermarkets the Saffron Road line is first in frozen entrée sales. Within the larger sphere of grocery stores, the brand is 6th as it enjoys 250% growth. Success has been achieved through synchronized social media with print, online, retail merchandising, and extending to the blogger community.

In the realm of Halal foods, 35% of sales are processed foods and 10% in meats, according to Mian Riaz, PhD., director of food and protein at Texas A&M University. He stated that this is not a niche market anymore, and that 1.5 billion people eat ritually butchered food each day.

Abdalhamid Evans, founder and senior analyst of Imarat Consultants, further defined the scope of the Halal industries as finding shared values beyond religion. “They see Halal as lawful, safe, nutritious, healthy, humane, demonstrating awareness, and equitable,” Evans declared. “These values have commercial worth, and are described as eco-ethical and moral.”

Evans, a global Halal expert knows, “Halal has different connotations in different parts of the world. There are very nuanced contexts that corporations need to be aware of. Certification as a ‘cottage industry’ is going to end. Halal is big business and on the verge of becoming irrevocably sophisticated and complex. Certification is going through changes. Industry is looking for clear standards so there is a checks and balance. They want to see an accreditation industry with transparency.”

A new development is the application of the term to the Finance industry. Evans explained, “What Islamic Finance needs to do is get more involved in the real economy.” His message was that investment and financing should not be sought for gain, but more for building the strength, education, and solid economic stability for all. Halal then becomes an asset class with indexed funds, venture capital, and micro finance.

Emphasizing the need for unity, Hani Al-Mazeedi, Kuwait Institute of Scientific Research, expert in Halal quality, safety, and services, cited that the initial standards will be guidelines. Mark Overland, director of global certification at Cargill, Inc.— IFANCA’s Company of the Year—mentioned that his company has about 200 Halal certified plants out of their 800, based on consumer demand. None are in the U.S. His view is “We should recognize what consumers want, and then deliver that with integrity,” and he has echoed the sentiment for unity by advocating a council.

Underscoring many speakers was the impression that business people, researchers, and religious scholars often have no concept of the realities of each other’s constraints. The current challenge is to establish trusting relationships, communication with good will, and efforts to find equitable solutions.

The striking difference between Lesson Plan versus Lesson Design is illustrated: As an undergraduate, my professor handily grasped his black binder of lecture notes (lesson plans) for each class, drearily reciting from it each day. After abysmally performing on his first test, I learned that he expected students to write notes of what he said verbatim, and then write back those exact words to him for answers on his exam. The absolute irony was that the course was titled “Learning Psychology,” and I don’t remember a thing!

Another professor from graduate studies tortured us the same way for a course in Learning Disabilities and Educational Law. Somewhat fortunately, I remembered from the previously described course to utilize 4×6 index cards for memorization, but what I recall most is that all the teachers in my cohort really hated the course (and him) because he relied on tricky multiple choice testing. Again, we probably chose to remember only the most relevant aspects, and would never want to pursue his content of our own initiative.

These instructors had lesson plans, but they did not reflect an inkling of understanding about their students’ needs, motivation, learning methods, or memory building tactics. In contrast, lesson design incorporates an understanding of all of these.

Educators should consider research-based aspects in their lesson design. Do be sure that students “know Why;” that is, do they understand the relevance and connect the learning to their previous knowledge? What can you do to design the lesson with their interests in mind? Can you incorporate some physical movement, rather than just sitting like stones in your class? Finally, ideally, can students actually DO something with the lesson content that demonstrates deeper understanding and acquisition of necessary skills to an acceptable degree of competency?

The “art” of instruction requires teachers to have mastery of their content, a repertoire of instructional methods that cultivate thinking and skills for students, and a degree of technology savvy in order to teach and track performance. As we quantify our students’ performances, so should teachers check on their own efficacy in matching teaching and lesson design to assessment results, with increasingly higher expectations cycled through modification and feedback.

Hopefully, the message is clear to recognize that any old patchwork of a lesson plan is grossly inferior to a well thought out lesson design. The preparation time is worth the investment because targeting procedures aligned with assessments yield vastly improved results in long term learning for our students.

As an update, ISNA has made the “Keeping Our Children Safe in School” webinar available. If you scroll back to my previous blog, you will see additional hyperlinks to it as well as a “motherlist” of crisis management resources.

This past Martin Luther King, Jr. holiday weekend featured the ISNA Education Forum in Anaheim, CA, and it was a solid success! It was also very kind of Medina Academy of Anaheim to invite us, along with the other ISNA planning team members, to dinner after the conference. Thank you!

After that, Riad and I flew to San Francisco and drove north of Sacramento to Chico where we surveyed the area for a possible relocation. We really liked what we saw. It is home to Cal State-Chico, and seems very pleasant…even in January! Now we are seriously trying to find the way to make the logistics of hauling ourselves, our businesses, and four kids (some aren’t “kids” anymore) with us. InshaAllah, it is meant to be.

The Chicago based ISNA-CISNA Education Forum is slated, as always, for Easter weekend, March 29-31. ASCD will present a preconference on Common Core State Standards. See this link for program details. Several other projects (Ed Forum, creating customized PD presentations, drafting accreditation standards, accreditation visit, book collaboration, and cleaning my basement so I can move to Chico!) have me busy these days, but, the next post, we will delve into what it means to be “Educated” and High Performing Education Systems, inshaAllah!