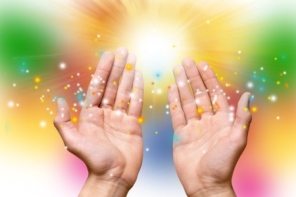 3 ½ Catalysts for Energy to Serve
Ah, the marriage of handwriting to paper! The powerful impact, potential, and pleasure derived from it will never die. Writing, that is, inspired writing takes a certain energy that comes from one’s creative core.
My writing serves in various forms. There is the technical, research-based type that I reserve for Halal, Education, and Entrepreneurial publications, and the introspective form which taps wisdom and fancies of my own grey matter preserved here in my blog. Through these, I share knowledge of the sacred and sometimes profane.
Yet, with the daily routines, work projects, and hiccups that disrupt the calm–often involving family–energy reserves are easily depleted. Even with the best intentions, sometimes it feels like one is hauling a bag of cinder blocks just to get over the finish line each day.
Energy management became a focus from when I was a school administrator, and there were three main catalysts I found to be effective:
1a) Get enough sleep – My husband is a confirmed night owl, and I like to stay awake to share time with him. Whether we have our noses glued to our phones or iPads, watching Netflix, or preparing merchandise for sale, we are either working or relaxing together most evenings. I’m blessed to start and finish most days with him.
1b) Catch a reset nap – On days when fasting, when my fitness tracker confirms that I have had less than 6 ½ hours of sleep, or when I’m dragging and need to “reset” and refresh my brain, it is frankly good time management to nap a bit. Normally, I’ll average around 7 hours most nights that power me through a whole day; but on days when I can reboot with a nap, I move and think much faster and efficiently. That compensates for the time to nap.
2) Do something “Fun” – Knocking out a quick win on a game app, doing a few deep breaths while lifting dumbbells (strong women stay young, right?), getting outside for fresh air, listening to a few upbeat dance tunes, or drawing a line through the easiest thing on my ubiquitous list of “to do” activities is “fun” for me.
What do you do if you must do something that’s not “fun”? Just chip away at it until it’s complete, even if it means doing a bit each day so that you maintain focus through its execution.
3) Check your intentions – Last spring, when I was knocked down with a bout of the flu, I just didn’t feel my energy to be strong enough to want to get out of bed. My symptoms had mostly resolved; yet, I simply did not feel like I was ready to jump back into life. Then I saw a vision board I’d made that reminded me of the “me” I aspired to be, and miraculously that sparked my “why.” The reasons I needed to be athletic, healthy, strong, skilled, giving, loving, and available to serve were what set me back on my course.
It is easy to forget that we are destined to be great. We are given opportunities to grow and share; we enjoy blessings and endure sorrows and challenges. We are human, with all the faults and chances to experience the regeneration of our compassion, to celebrate our lives.

Halal Food, Farm, and Family
Formerly, if I ever set a vegetarian entrée as our main course, I’d get a lot of grief from my tribe. We have always had the blessing of being able to afford halal meat and poultry. And with being somewhat landlocked, relative to the oceans, by Chicago, and concerned about pollution, I prepare limited amounts of wild caught fish and seafood. However, my nest is nearly empty now and my last residing child often eats out, so my husband has become more open-minded about choosing lighter fare.
Additionally, recent years’ marketing campaigns have pushed consuming protein into consumers’ minds. We’ve convinced ourselves that with more protein, we would magically transform into muscle abundant, toned, and tanned models of physical perfection. Not. True. Overconsumption seems to promote aging and cancers, and through reading Dr. Steven R. Gundry’s book, The Plant Paradox, that I only require a mere 21 grams of protein on average per day. That may be found in a can of sardines, not at each meal.

I’d first learned of Dr. Gundry and his position on lectins through a YouTube video, and his work is also mentioned by Dr. Mercola. Lectins are large proteins (gluten is one of them) which are described by him as “sticky” in that they bind with other sugars, acids, viruses, and fungi, and may create inflammation and weight gain. I’ll admit that I’m having some aches indicative of leaky gut, and although avoiding lectins entails many restrictions initially in food choices, at least his protocol is temporary. Phase 1 is merely three days to jump-start a break from lectins, and the science seems to back it up. He also wrote of things that resonated with my own attitudes about eating foods in season and ideally local.
Did you know that many over the counter painkillers destroy the gut lining and the microbiome? Fortunately, I try hard to avoid any medication, unless the suffering warrants it. At first, the Plant Paradox Protocol seemed very restrictive, but I’d learned which foods are high in lectins and decided that although I tend to eat many of them regularly, I could listen to my body to determine if it was able to take the risk. Apparently, cooking lectin-foods greatly reduces the impact of them, so I can still enjoy eating legumes and vegetables with lectins weakened through cooking. There is a wealth of information in his book, but let it suffice that it makes sense to me.
Also, I realized that in the autumn we tend to carb-load; and in the winter, we should deplete these extra fat stores. Like bears, when the first dreary, cloudy, cold weather struck, I felt like hibernating and I told my family to wake me in April. Yes, I just want to crawl under a heavy, warm comforter-unless escaping to California or Arizona-until spring.
Of course, I can’t do that because there is much work to do; I work every day and rarely take time off. Be it something for pay, or something to help friends, family, organizations I volunteer to assist, or my house (old houses need work!), I always have things to do. Last week though was an adventure to visit an Organic Valley coop member’s dairy farm in Reedsburg, Wisconsin with my friend Yvonne Maffei of My Halal Kitchen. Organic Valley was so kind to put us up for the night in the hilly terrain of La Farge, Wisconsin at the Qi House, designed by local legend Theresa Marquez, and she has thought of every detail. Even the kitchen chairs had seat cushions with bees embroidered on them! Theresa is a leading activist in the organic movement and is committed to connecting research to our health. That was what we’d talked extensively about in a previous visit for which she was so generous to share her time and insights.

I’ve been blessed to have lived many lives, in a sense, because I have lived in urban Chicago as a young child, was raised in an affluent suburb of Chicago, moved to the city’s Gold Coast after earning my bachelor’s degree, lived in the Middle East at one point, and returned to suburban living while raising children, working full-time, and earning a graduate degree, but I’ve longed to experience what life on a rural farm would be like—at least for a while. I wish to have spent more time, but Amy and Marques of Jumping Jersey Dairy Farm were inspiring to me.

They have both Holstein and Jersey cows, but in reading Dr. Gundry’s book and from other sources, I have learned that although Holstein cows offer the most (7-8 gallons) milk per day, and are preferred by dairy farmers for this reason, they have the A-1 casein protein that seems related to allergic symptoms in people who have such sensitivities. I have noticed some joint pain at times when I’ve had dairy products, but perhaps foolishly still indulge in them. Jersey cows, the brown ones whose origins are from southern Europe, tend to have A-2. But don’t be fooled because some brown cows may not be pure bred and have both A-1 and A-2 genes. Remember biology class genetics? A-2, A-2 is what these farmers are testing for and would like to raise because they know the science.
In our discussions, we also realized that meat from their organic, grass-fed cattle could easily be certified Halal with a bit of guidance.
I’m looking forward to returning to their area for a conference early next year, and hope to acquire more knowledge and insights on organic farming and farming culture. Apparently, the Sociology major I was in my youth is still studying subcultures.
And now, time to cook broccoli and sautéed onions. 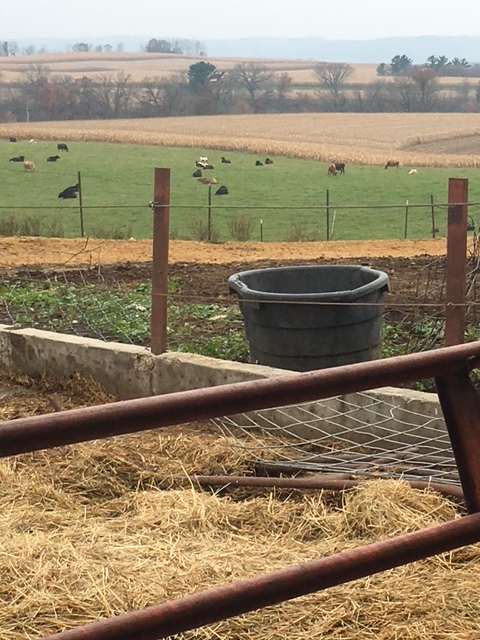