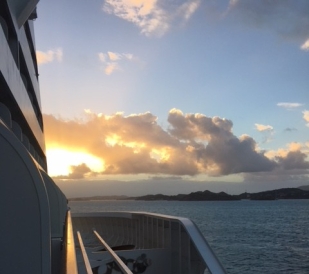 Amid the many sad headlines, I have found a means to fortify my resilience by manipulating mindset through the mantra that this is “the year that dreams come true.”

In retrospect, it started when a one-way flight to Phoenix to find an auction deal on a car for our son resulted in a powder-blue Ford Mustang, which I drove back to Chicago. It sparked a recollection that I’d naively hoped that I’d find a Mustang on my driveway on my 16th birthday. The reality though was that I was the eldest of six in a middle-class family, and I was not even allowed to test for my driver’s license until I was 17 and ready for college. Yet, I enjoyed that ride from Phoenix because the car, the engine, the handling was everything I’d expected. Since then, I repeated that trip to acquire for myself a Mercedes SUV. Chicago winters are particularly caustic to cars, and now mine has no rust.
It occurred to me that through much of my life, I’d put off and delayed many wants and dreams. Whether due to finances, work obligations, or family responsibilities, I realized this year that my mortality could be approaching and I had better start knocking things off my bucket list before I no longer could. Nagging little reminders of my physical limitations were becoming evident too, even with attempts to be athletic. Rust can take many forms.
Realizing that it is through small, consistent habits that great changes are made, I have for over a year, almost daily, been using the Duolingo app to learn Spanish. Granted, I could invest more time and effort to expedite progress, but I have progressed and retained a degree of written comprehension that has benefited my work, and it has advanced my expectation of myself to be somewhat competent in several languages. I admire polyglots and was particularly impressed when my husband and I took our first cruise this year to the Caribbean. The assistant cruise director was completely fluent in English, Italian, French, Spanish, German, and Portuguese. The Caribbean has been on my wish list since I was a teenager, and I’m glad that we chose this time after the islands suffered from hurricane damage because one of the excursion vendors said, “Thank you; we haven’t worked in 2 ½ months.”
A cruise was something our son was pushing us to try for over a year. Not sure if I would be an unlucky victim of seasickness, and haunting anxiety of disaster, as influenced by the movies Jaws, The Poseidon Adventure, and Titanic, I delayed making the commitment until we could book the trip with points. During the first 5 minutes of sensing that the ship was moving out of the Port of Miami, I gripped the edge of the dining table, trying to look demure as I struggled to keep down a few bites of salad while listening to my giddy spouse, but I was fine for the entire 7 days.
Even my daughter and her husband joined the bandwagon, and they reserved a shorter cruise; but since their itinerary began before ours, we met them in Fort Lauderdale the day of their return which was also the day of our departure. It was our best adventure and we look forward to more. 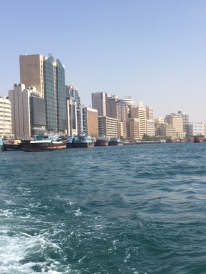 It seems like I am cheating winter this year. Shortly after the cruise, I booked a business trip to Dubai to attend the world’s largest halal food trade show along with a colleague. We packed the week with meetings and only had the last day to be tourists whereby we visited a beautiful mosque in neighboring Abu Dhabi and my niece, who also lives in Dubai. 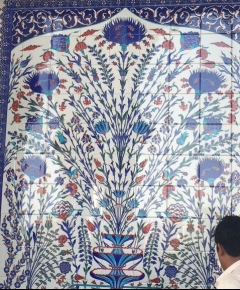 Our meetings took us to all parts of the city; we fulfilled the dream-come-true-desire to eat camel milk ice cream and drink some deliciously flavored camel milk products, but we did not have time to check out the beach. Regardless, it was a successful trip, and it reconfirmed the value of mindset. 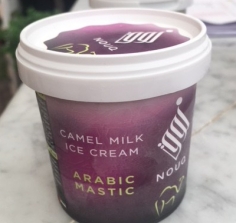 The Vice President, Prime Minister of the UAE and ruler of Dubai, Sheikh Mohammed bin Rashid Al Maktoum, who is greatly admired by the populace, has embarked on a mission to counter the depressive state of the region. The approach is reminiscent of how we educators value positive expectations. He has articulated and set in motion initiatives to bring happiness to the people. And as about 97% of the population are expats, the need for harmony is necessary. As one person told me, “Bad attitudes are not tolerated here.” Even my niece confirmed that she and her husband love living in Dubai. People work hard there, but it is safe. Several stories were shared by various individuals that related how no one steals, even when wallets, phones, and briefcases are left unattended. Doors are not locked, and women and children are given priority seating on public transportation. If men transgress to those seats, they are subject to fines. Women feel safe even at night. Also, I was impressed with the cleanliness of all public areas and noted a robust economy. Eating, drinking, smoking, and chewing gum is not permitted on public transportation. On a Tuesday evening, a mall was bustling with families shopping and dining out. Most malls and restaurants are open quite late, and they do seem to have happy people. It reminded me of the 1970’s when we had a middle class with expendable income.
Before leaving for Dubai, I’d went to Macy’s to buy shoes. To my surprise, only some sizes were available, and the signage indicated that other sizes were only available online. JC Penney only had a limited supply of shoes as well. It was opposite to when Gorbachev was amazed to see the quality and quantity of produce in our grocery stores under the Reagan regime. That was a time of prosperity, and no one can convince me that what was then is now. No one seems to be calling it, especially since the 1% is doing so marvelously, but the rest I believe are struggling. Even our young people who may be doing well if they are gainfully employed may have anvils of debt that will burden them and prevent their progress for a very long time.
The headlines are troubling here, but Asia is rising and the global economy is growing. Isolationism and protectionism have never benefited anyone long term. History students know that, but our leadership apparently never studied or retained such lessons.
Positive mindset and people working toward a better global society, albeit with certain challenges, give hope. Read this pdf! Government in 2071: Guidebook It is a guide by which educators and policymaker should study.
A reason we chose to attend the Dubai Gulfood trade show was that although we see data reflecting prospering halal industries abroad, particularly in Europe and Asia, there is scant evidence of it here. Yet at this trade show, there were 163 U.S. exhibitors. When we spoke with them, it was clear that they were there to solicit business for export, but some of the largest expressed no interest to produce halal products or label them here in the U.S. We found it sad and felt a bit angry.

Since we were among trusted locals, we asked them about how they perceived the U.S. under the current administration. Frankly, they said, “Well, we feel that since you voted for him, you deserve him” (though I did not). For although they follow our news, we are just too far and removed to even care about. Bigger and better news is happening elsewhere. We have lost our former status and influence. 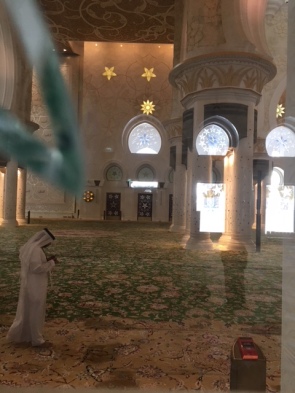 Meanwhile, I’m going back to making this the year that dreams come true, as I’ll be sharing my vision for education and steps that teachers can take to help students prepare for the future this April in Dallas and Chicago.

4 thoughts on “The Year That Dreams Come True”